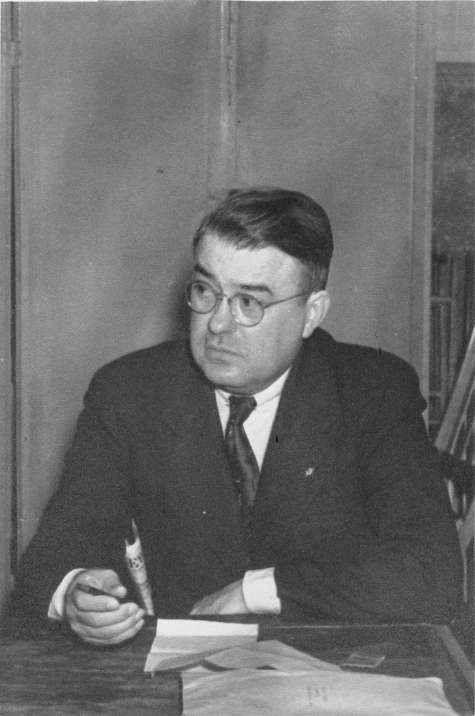 An undated photo showing Great-Grandfather Robert Ohio Weible working at a desk. Probably taken in the late 1930s or early 1940s when he was purchasing agent for the State of Ohio.

I thought while I was cleaning out the folder of pics my mom unearthed this summer — and kickstarting this blog again — I might as well share some more shots of my great-grandfather, Robert Ohio Weible.

Some posts last year pretty definitively summed up R.O.’s contribution during the World War II years. He served as purchasing agent for the State of Ohio, which meant a lot of rallying state residents to contribute to scrap drives and the like, and led to significant coverage of his early death, at age 55, from cerebral hemorrhage.

A more recent post caught up with Great-Grandpa Weible’s family via the 1940 census.

But the more private aspects to R.O.’s personality, which I guess barely anyone now living can relate from firsthand experience, include his passion for collecting guns, which is behind his son Robert Colt Weible’s name as well as my own, and a hobby of snapping and collecting family photographs.

It is from Robert Ohio Weible’s collection that we culled the shot of his grandfather, mother and aunt milling about the porch of 408 Douglass. And his careful reproduction of a tintype that preserves a look at Great-Great Grandma Esther (Goddard) Weible as a teenager.

These other pics, then, show R.O. at different stages of his life. Something for which careful genealogists and casually-interested family members alike can be grateful. 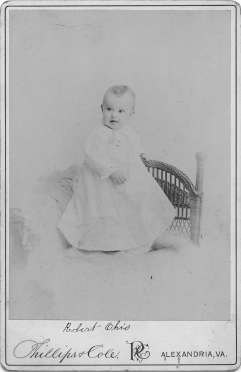 Great-Grandpa Robert Ohio Weible as a baby. Note the studio location – Alexandria, Va. This is where 15-years-older sister Rose Ella made her home with husband Urban S. Lambert and where parents Franklin Eli and Esther lived from 1892-95. 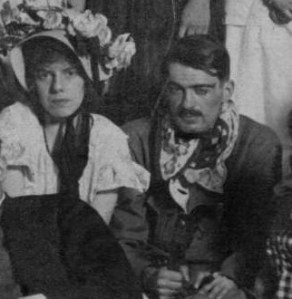 Closeup of a not-yet-married-and-in-their-20s Beatrice Morgan and Robert Weible from a Halloween dance at Wentz Hall in Dover, Ohio, 1913.

Another shot of R.O. Weible, probably in the early 1940s.